The company already had permission to operate in Idaho, Oregon, and Washington, which brings its total count of states where it has these approvals up to nine.

These new waivers will allow the company to expand the use of its heavy-lift drone fleets for post-wildfire reforestation efforts in a swath of areas that have been devastated by this year’s fires, most notably in California.

EXPANDING DRONE REFORESTATION EFFORTS AFTER A DEVASTATING YEAR FOR WILDFIRES

The August Complex—a series of related fires in Northern California that took place over the summer—was the largest wildfire in the state’s history, spreading over one million acres in total.

DroneSeed has already been using its seed-shooting drone swarms to help with reforestation efforts following this year’s fires, working to replant trees in areas impacted by both the August Complex in California and the 173,000-acre Holiday Farm Fire in Oregon.

These devastating wildfires have directly and indirectly impacted most Americans . . . our team is highly motivated to help communities begin the process of restoring the forests we lost, make sure they come back, and evolve new tools to make reforestation scalable. It’s imperative if we’re to mitigate the worst effects of climate change.

With its new BVLOS approvals, DroneSeed will be able to expand the areas in which it operates during a given reforestation project as well as the complexity of its operations during each project.

According to reports, DroneSeed will focus its initial efforts under these new approvals in California, starting with reforestation work after a fire is contained and the airspace is clear. The company will work with forest managers to select specific sites, and then will manufacture seed vessels for replanting native Douglas Fir and Ponderosa Pine in those specified areas.

DroneSeed uses swarms of heavy-lift drones—each drone weighs up to 57 pounds, depending on how many seeds it’s carrying—to fly over an area in a fleet and drop tree seeds, fast-tracking the process of replanting trees after a wildfire.

The seeds are encapsulated in small vessels, each of which contains four to six seeds as well as natural pest deterrents, fertilizer, and fibrous material that absorbs water and helps the seeds survive.

Prior to deploying them, DroneSeed personnel conduct a survey of the area using LiDAR and a multispectral camera to produce a map of the vegetation and terrain.

Following the survey, the DroneSeed teams use AI to sift through the data collected in order to identify the places where seeds will be most likely to survive and grow. These areas are called microsites—places where regrowth has the best chance of taking place.

An interesting fact about DroneSeed’s work is that it charges by the acre, unlike most aircraft services hired for similar work by land management agencies, which typically charge by the hour or day.

HOW DRONESEED IS CHANGING REFORESTATION WORK

Prior to the advent of DroneSeed’s drone swarm reforestation solution, the U.S. Forest Service and Bureau of Land Management (BLM) didn’t have a quick way to replant areas impacted by wildfires.

Manual reforestation efforts often can’t safely take place without waiting for a significant amount of time to pass after a wildfire has gone out. The wait is required to make sure it’s safe for people to work in the area, since wildfires can create hazards long after a fire has gone cold, with the potential for dead, still-erect trees to fall and kill people.

But drones don’t have to wait. Within 30 days after a wildfire, DroneSeed can be fully operational, planting trees to reverse the devastation wrought by the fire. 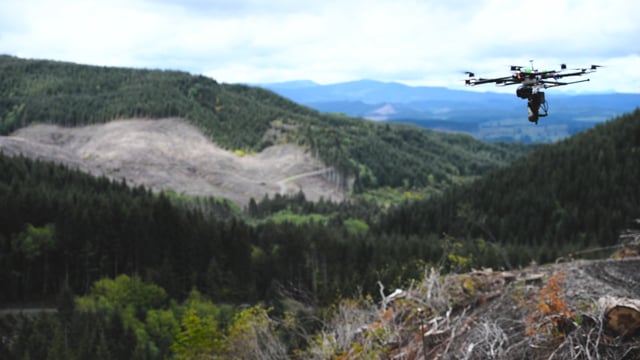 Safety and timing considerations aside, the sheer scale of the need for reforestation is so great that manual efforts just aren’t enough to handle it.

At the moment, 40% of the forests in the Northwest that have experienced fires are at risk of shifting permanently into grassy scrublands due to climate change-related declines in natural forest regeneration, as well as an inability to address the ever-increasing need for replanting.

DroneSeed’s technology may be able to help reverse this trend, posing a scalable solution for replanting large areas of land. And its new BVLOS approvals will help expand these efforts.

The next fire season maybe even worse—but DroneSeed’s work may help ensure that we don’t permanently lose forest land to these fires.

A New Sony Drone About to Hit the Market? What We Know About Airpeak

The Causes and Symptoms of Dehydration in Older Adults

slash love - January 5, 2021
0
Dehydration happens when your body loses more fluids than it takes in. Your body needs water...

slash love - January 4, 2021
0
There isn’t a specific diet to follow if you have hepatitis C, but eating healthy foods — and...
ABOUT US
We are Voice of Kogite Unmanned Systems. We live in a connected digital world, where things such as drones, Satellite and Geographical Information Systems (GIS) are not just the domain of the west and/or wealthy but tools for liberation and boosting intellectual capability of the youths and the world at large. We have already seen Kogi State embrace the high tech world, even leading the way in areas such as mobile money & telecommunications. We here at VOK Unmanned believe that with imagination, innovation and hard work Kogi State can be a world leader in both the application and creation of many of the technologies of the future
Contact us: contact@vok.com.ng
FOLLOW US
© VOK 2018-2019
MORE STORIES